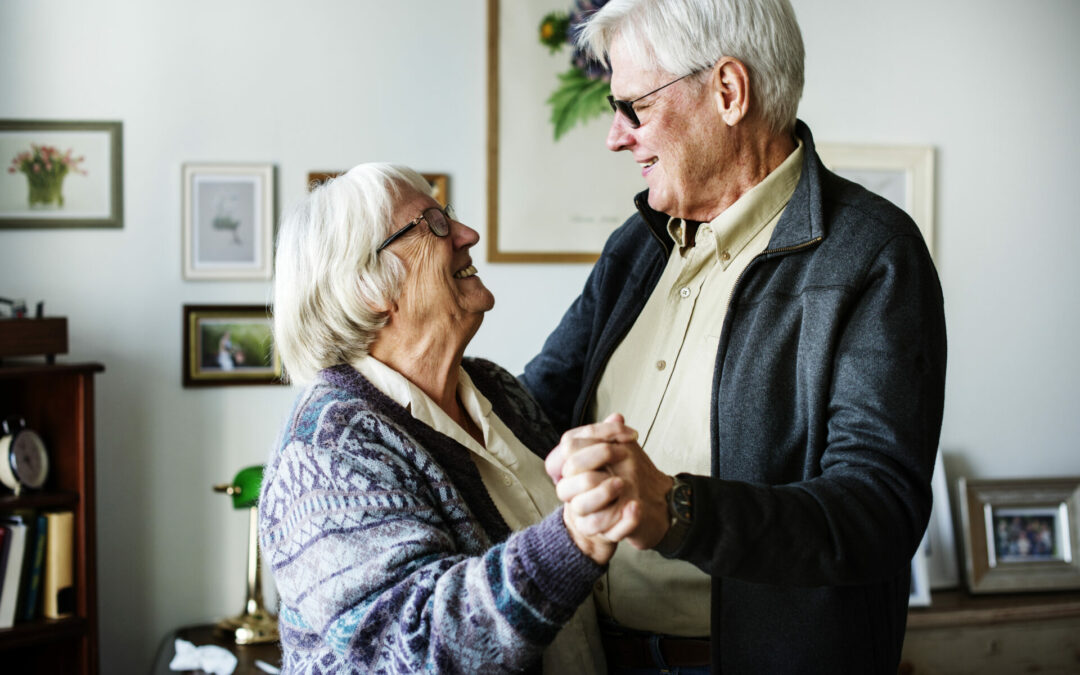 Parkinson’s disease is the world’s fastest-growing neurological disease. According to statistics, over 100,000 Canadians live with Parkinson’s, with 25 more diagnosed every day. By 2031, this number is expected to rise to more than 50 people per day.

In addition, studies have shown that the prevalence of Parkinson’s in Canadians aged 85 years and older is 169 times greater than in those aged 40-44 years, making it a growing concern among older Canadians.

As Parkinson’s is a progressive disease, it will only worsen over time, severely affecting the person’s ability to move or perform basic daily tasks. People in the later stages of this disease will not be able to live independently and require full-time support.

What is Parkinson’s disease?

Parkinson’s disease is a neurodegenerative disorder of the central nervous system. It commonly presents itself in the form of motor control symptoms, such as tremors in one hand. However, other non-motor symptoms, such as depression, bladder dysfunction, and excessive daytime sleepiness, can become apparent long before motor control issues are noticeable.

Many medical experts believe that Parkinson’s disease is the result of nerve cell damage in the brain, causing a drop in dopamine. This neurotransmitter chemical helps transfer messages from our brains to our muscles. When our ability to produce dopamine on demand is reduced or eliminated, the connection between the brain and muscles becomes limited, affecting our ability to move freely.

Parkinson’s disease symptoms can be slowed through medications that can act as a substitute for dopamine. However, there is currently no cure, and the condition may worsen.

What are the five stages of Parkinson’s disease?

Parkinson’s disease is generally divided by the severity of the symptoms into five stages.

During Stage 1 Parkinson’s disease, the symptoms are relatively mild. They might not yet interfere with the person’s lifestyle and daily routines. In most cases, symptoms are isolated to one side of the body.

In Stage 2, the person will often notice muscle stiffness, tremors, trembling, and changes in facial expressions. These symptoms may be present on both sides of the body and make daily routines more difficult. There may also be changes in their posture and gait.

The symptoms the person experiences during Stage 2 are much more noticeable during the middle stage of Parkinson’s disease. The person might start walking with a shuffle or start having balance issues. Daily tasks may take more time to complete, but people in Stage 3 can generally still accomplish them independently.

As the disease progresses into the later stages, the person may require a walker or other assistive device to stand. Muscle movements and reactions have also become severely diminished. Living alone is now more challenging and potentially dangerous, making in-home care a requirement from this point forward.

A person in the final stage of Parkinson’s disease will require around-the-clock care. They will experience extreme difficulty when trying to stand and may also be unable to control major and minor muscles. Speaking may also prove to be very challenging to someone in Stage 5.

The timing of progressing through the five stages of Parkinson’s disease will be different for everyone. However, the onset of Parkinson’s dementia adds another layer of challenge requiring the person to receive specialized care.

What is Parkinson’s disease dementia?

Although there is no cure for Lewy body/Parkinson’s disease dementia, the symptoms can be slowed down with the right treatment plan. Professional in-home elder care can help provide the support your loved one needs throughout Parkinson’s disease and its associated dementia symptoms.

Parkinson’s disease is life-altering in the way it affects the body, but the way to live with the condition and manage its symptoms is to keep moving. Dancing, exercising, yoga, boxing, and other physical activities are great ways to preserve your well-being and feel good when you have Parkinson’s.

The disease also makes the basic Activities of Daily Living (ADLs), such as dressing, bathing, toileting, grooming, cooking, or cleaning more difficult. The Parkinson’s Foundation offers valuable advice to help you perform these tasks independently for as long as possible.

Parkinson Canada offers access to valuable resources, support, information, and community connections that will help their loved one with Parkinson’s live well. It’s important for the entire family to learn more about the disease so the person doesn’t feel alone on their Parkinson’s journey.

Many families try to provide care for their loved ones starting at Stage 3 of the disease. However, as the person begins to have more difficulty performing the basic Activities of Daily Living (ADLs), such as dressing, bathing, toileting, grooming, cooking, or cleaning, they often need more support than family members can provide.

At this point, hiring professional in-home eldercare services is a wise move to ensure your loved one receives the required level of care to help them have the best quality of life possible.

When a loved one has been diagnosed with Parkinson’s disease, the whole family is
about to embark on a new, demanding care journey. CareHop is always ready to
provide professional in-home support that allows your loved one to live at home
while receiving quality care.

We specialize in professional nursing care and Alzheimer’s disease or dementia support. Our team also offers assistance with personal care, homemaking, and meal preparation that will enhance their happiness, health, and overall well-being.

If you have any questions about our specialized eldercare services, please
reach out to us anytime for a free, no-obligation discussion to discover how we can help
you.