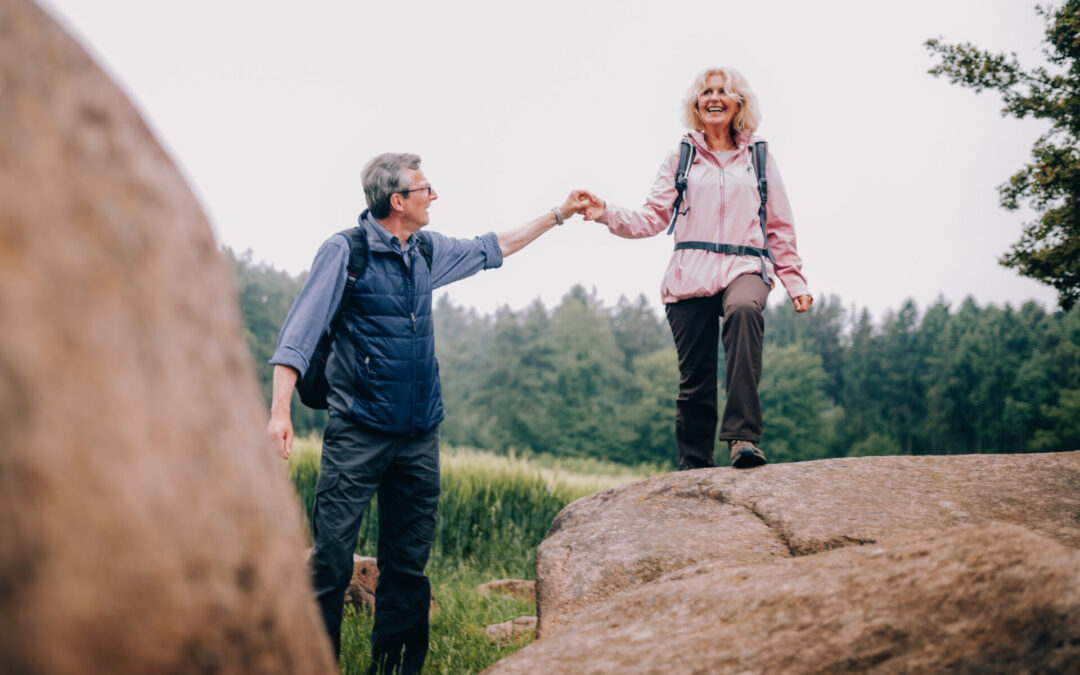 Many people ask us what is the difference between Alzheimer’s disease and dementia. It’s a fair question, because the two terms are often used together without really drawing a distinct line between what makes them unique.

The truth is that there are more similarities than differences. In both cases, damage to the brain is the root cause. There are also similar and very noticeable signs and symptoms between the two conditions.

What separates the two is that dementia is an umbrella term for a set of symptoms, including a significant decline in mental, psychological, and motor processes, common to several other diseases, including Alzheimer’s.

Contrary to popular belief, dementia isn’t so much a disease as it is a group of symptoms that relate to loss of memory and other cognitive skills. It’s caused by damage to or a loss of nerve cells and how they connect to the brain.

People with dementia often lose precious skills including memory, judgment, attention, mood stability, communication, decision-making, and completing routine tasks associated with daily living such as cooking, cleaning, bathing, and more. Brain function is also altered to the point that the person’s ability to function at work, in relationships, and in social activities is impaired.

The loss or reduction of these abilities can lead to feelings of confusion, frustration, anger, or fear. Someone living with dementia also experiences the world differently than others, and may exhibit severe mood changes and negative behaviour when their altered worldview is challenged.

Depending which areas of the brain are affected, the signs and symptoms of dementia can vary. Some of the more common sign of cognitive impairment include:

There can also be numerous psychological changes as well, such as:

Dementia-related diseases are also very hard on family members who tend to feel helpless as they witness cognitive and psychological decline in their loved ones.

There are several types of diseases that fall under the dementia umbrella. They’re generally grouped by common symptoms or causes, such as which protein or proteins are affecting which part of the brain. Because it’s believed to account for up to 70% of dementia cases, Alzheimer’s disease is the one we hear about the most.

Alzheimer’s disease: What is it?

The most common type of dementia is Alzheimer’s disease. Medical experts aren’t sure of all of the causes that lead to this condition, but it is generally accepted that some cases are related to mutations of three genes, which can be passed down genetically. Of all the different genes that can be involved in Alzheimer’s disease, scientists have identified the gene apolipoprotein E4 (APOE) as one that increases risk.

People with Alzheimer’s disease have two types of proteins in their brains: clumps (beta-amyloid) and fibrous tangles (tau protein). Medical researchers believe that these proteins harm healthy neurons and the fibers connecting them.

Other genetic factors can also increase the likelihood of contracting Alzheimer’s disease.

What are the other types of dementia?

There are four other common types of dementia. Although they’re less well-known than Alzheimer’s disease, they still carry their own distinct characteristics that makes their own classifications necessary:

This is the second-most common type of progressive dementia, after Alzheimer’s disease. It’s caused by protein deposits, known as Lewy bodies, growing in the nerve cells that reside in the part of the brain involved in memory, thinking, and motor control.

People with Lewy body dementia may also have difficulty concentrating or staying alert, and experience signs congruent with Parkinson’s disease such as difficulty with movement, rigid muscles, and body tremors.

This type of dementia is associated with memory, judgement, planning, and reasoning problems due to impaired blood flow to the brain. People can develop vascular dementia following a stroke that blocked an artery in the brain, but strokes don’t always lead to vascular dementia. This condition can also occur if your brain is deprived of vital oxygen and nutrients due to conditions that harm blood vessels and reduce circulation.

Frontotemporal dementia is an umbrella term that refers to a group of relatively rare brain disorders that affect the frontal and temporal lobes of the brain, which primarily control an individual’s personality, behavior, and speaking functions.

Symptoms vary depending on the part of the brain being affected. In some cases, people with frontotemporal dementia display significant changes in their personality, which can lead to socially inappropriate behaviour, impulsiveness, or emotional distancing.

There is also a chance that the person will have difficulty communicating and understanding written and spoken language, becoming frustrated when they can’t find the correct word, have difficulty identifying objects, or making mistakes when forming sentences.

When someone suffers from a combination of several types of dementia, such as Alzheimer’s disease, vascular dementia, and Lewy body dementia, this is known as mixed dementia. Mixed dementia adds another dimension to identifying symptoms and determining treatment.

The first step to diagnosing the causes of dementia is having a doctor look at the different mental and cognitive changes, review the person’s medical history, and conduct a physical evaluation. They will also schedule a number of tests to help pinpoint the root of the problem, including:

Once the results are available and conclude that dementia is indeed present, the appropriate treatment can begin.

You can help a person cope with the disease by:

Providing care for someone with dementia is physically and emotionally demanding. Feelings of anger and guilt, frustration and discouragement, worry, grief, and social isolation are common. If any help is needed, you can always count on our team at CareHop. We specialize in helping families through an Alzheimer’s disease or dementia diagnosis with professional, respectful, and empathetic home health care.

As always, we’re always happy to answer all of your questions. Please contact us anytime.